The population in 1975, when the Portuguese left, was 680,000 - 97% Timorese (including mestizos), 2% Chinese, under 1% Portuguese. (The population today is about 1.16 million people - 78% Timorese, 2% Chinese, 20% Indonesian.
East Timor has a common boundary with West Timor, which is part of Indonesia, the former Dutch East Indies.

For centuries the East Timorese had been farmers, living in scattered hamlets and eating what they grew. Only a few coastal East Timorese were fishermen. Trading and shop keeping had for generations been in the hands of the Chinese.

East Timor is extremely mountainous, so the majority of East Timorese had always lived in isolation, far from cities, foreign influences and - formal education, tied to their fields and animistic practices. In spite of centuries of Catholic missionary work by the Portuguese, in 1975 animists still numbered as much as 72 % of the population. The local Timorese kings still played an important part in their lives and allegiances, whilst interference from Portuguese administrators and military was almost non-existent. 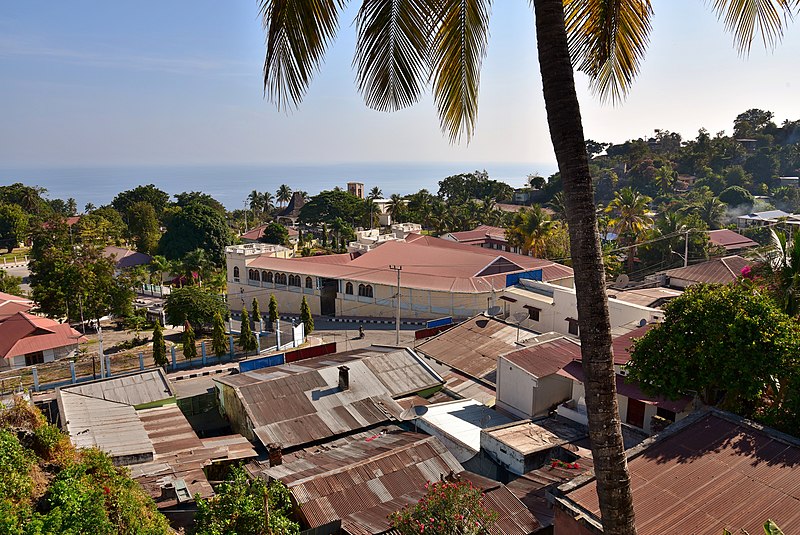 Image from Wikipedia, the free encyclopedia