Dengue fever is a communicable illness that occurs in tropical and subtropical areas of the world (see the map below).

Who is at risk?

Mosquitoes that spread dengue bite during the day and less frequently at night and are found in countries throughout the world in tropical and subtropical areas.

Dengue occurs in many countries of the world in the Americas, Africa, the Middle East, Asia, and the Pacific Islands. Check if dengue is a concern at your destination.

The following activities can increase a traveler’s chance of getting infected:

How can travelers protect themselves from dengue?

Is there a vaccine for dengue?

Currently there are no dengue vaccine recommended for travelers.

The first dengue vaccine, Dengvaxia® developed by Sanofi Pasteur was licensed in December 2015. In 2019, the FDA approved the Dengvaxia® vaccine in the U.S., but with major restrictions.

The vaccine has generated significant controversy due to evidence it can increase the risk of severe infection in some people. As such, use of the vaccine is recommended only for people living in endemic areas, 9-45 years of age, who have had at least 1 episode of dengue virus infection in the past. 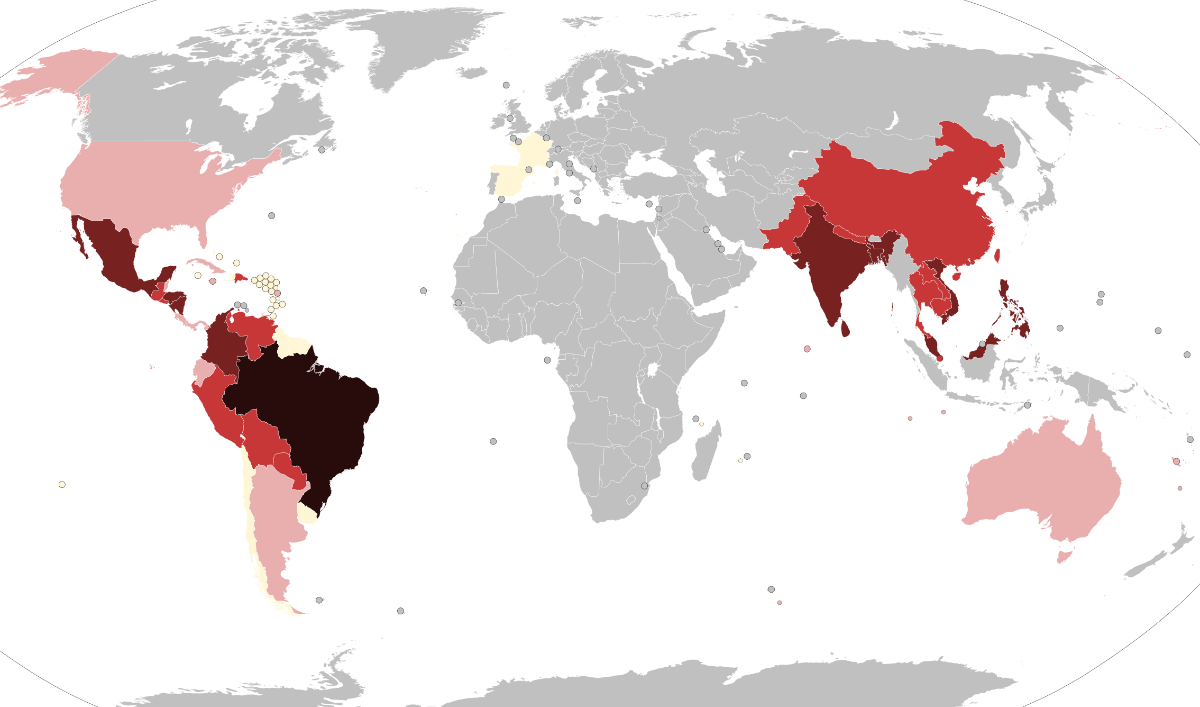